David Collins was born in 1955 in Dublin and studied at the Bolton School of Architecture. He received his first major design commission by chance. After completing a private residential project for a friend of Pierre Koffmann, he was invited to refurbish the chef’s restaurant in Chelsea. Shortly afterwards, in 1988, he was invited to re-design Harvey’s by Michellin-starred chef Marco Pierre White. It went on to be named ‘Restaurant of the Year’ by The Times that year.

In 1985, he founded David Collins Studio, alongside Iain Watson. Collins was as stylish as the interiors he created. He understood luxury beyond brand names, creating interiors which looked as if they had always existed.

David passed away in 2013. His spirit lives on through the work of The Studio.

It is difficult to try and explain to anyone much under forty what the West End was like before David Collins got his hands on it.

While not completely unrecognizable as the definitive global metropolis that it was to become, back in the early 1990's London was a world capital in training. In those days, New York was still unchallenged as offering the apotheosis of the urban experience. London meanwhile had a slightly sleepy charm. Belgravia was where rich, posh English people lived (this was a time when posh still mattered) rather than the polyglot mini-Monaco of stucco and non-doms that it is today. Notting Hill was more haven of bohemia than banker ghetto. You could drop a pin at one end of Mount Street and hear at the other end. What is more the city emptied at weekends as people went to the country.

London was nice but what it lacked was glamour and if David Collins understood anything it was glamour; he could make anything glamorous no matter whether it was a cocktail bar or a sandwich bar. It was almost as if he couldn’t help it.

The other night I ate dinner at J Sheekey and I was stuck by how well it was wearing, especially as I remember when it reopened at the end of the 1990s. According to the supposedly inexorable mathematics of style and fashion it should be looking at its most dated, James Laver’s eponymous law would dictate that it should be somewhere between ‘hideous’ and ‘ridiculous’. And yet it is not. I remember being terribly struck by the texture of the craquelure finish to the walls at the time, while not quite a Proustian moment the sense of being so forcefully reminded of a time and a personality both now part of history was strong.

It is not often that the fingertip felt memory of the walls of a restaurant are what stick in the mind. But then this was a David Collins designed restaurant and back in the 1990s when London was moving up through the gears, sloughing off its quaint slightly parochial image and metamorphosing into the capital of Cool Britannia and then the world, David Collins was the set designer for the city’s fin de siècle drama.

David made everything dramatic, even interviewing him as I found myself doing quite frequently in those days, was a performance. On one occasion, late at night before our 14:00 meeting he left a dramatic message, to say that he was most dreadfully awfully sorry but he had to go to America at extremely short notice and couldn’t possibly meet. Thereafter the excuses piled up like car crashes on a fog-bound M25. Not only was David going to America “within 36 hours” (I had visions of a huge clock counting down the hours and minutes until wheels up), but his right-hand person was going down with appendicitis. The appendicitis turned into an even more serious condition (exactly what I cannot quite remember); then David could not bring himself to come to the phone because he was terrified of the mobile microwaving his brain.

He was also very funny. He used to get so sick of people asking him how he became friends with Madonna that he would snap back something along the lines of “I think that you should be asking how someone becomes friends with me.” Although on occasion this sort of high-handed humour did not serve him well. “I was once asked to pitch for a job and I said it was like asking Tom Cruise to do a screen test” he told me. “Sadly they didn’t get the irony and I didn’t get the job!”. However it was not as if he was short of jobs. The London interiors that are so much part of the 21st century city are but a fraction of a body of work that spans continents and hemispheres: Stellenbosch, Singapore, Baku, Moscow, Los Angeles… “People have a misguided impression of how successful I am,” was the way he put it to me once, but I knew better than to expect an admission of vulnerability or humility as his face cracked wide open with a smile. “I am more successful.”

I find the death of David Collins is rather deceptive because it feels like he is still alive. Every time I walk into the bar at the Connaught, the Kent & Curwen store on Savile Row and dozens of other places that he either designed or influenced, the charming Prada-suited Irishman is there; the soft, soothing, Irish burr seducing some client or opening their eyes to the wonders he has created for them.

David took what was best about London and rendered it exciting and glamorous. His break came when he was plucked from the relative obscurity of a modest flat in Earl’s Court and anonymous job in a large architecture and design practice in 1985, when someone asked him to decorate a restaurant that belonged to a friend. The friend was Pierre Koffmann; the restaurant was La Tante Claire; and in those days (before the term celebrity chef had entered the lexicon let alone became a haggard cliché) the opening of a gourmet restaurant in London was a major event.

Good food was something of a novelty, but restaurants and hotels were to become a big part of the transformation of London and I was one of those clever clogs restaurant critics. It was a type that was fashionable at the time: we observed and commented upon the walls, the floors, the customers, their clothes, their hair, their jewels, the issues of the day… and occasionally the food. David’s interiors were a gift because if you were not inspired by the food then at least there was interesting design to talk about.

In this milieu David became more than an interior designer he became an adjective. He seemed to have an almost magical power to transform dead space into highly profitable pieces of real estate. When the visionary John Ceriale took over the Savoy Group at the end of the 1990's one of the first things he did was have David in to redesign The Causerie, an antiquated buffet restaurant with roots in post-war austerity, one of those institutions that everyone felt warmly about but hardly anyone ever visited. The high glam, slightly Deco makeover was such a success that he created the Blue Bar at the Berkeley Hotel – previously an area where luggage had been kept and those older patrons who had dropped dead were stored. Thereafter a David Collins designed bar became something of a sine qua non of a successful hotel and his clean, cool, brand of glamour became almost mandatory and soon he was designing hotels all over the place.

The list of restaurant designs is equally illustrious and comprehensive. His transformation of what had been a car showroom and then a rather grand branch of Barclays Bank into the bustling all day (and most of the night) brasserie The Wolseley has worn exceptionally well. But then so have all his designs, looking through the book that was published shortly after his death a Collins-designed bar from the 1990s looks as beautiful as a corner of private house from the early noughties or a tea room designed the year before last. There is a sense of quality that is universal to the Collins oeuvre and that is something that was also evident from his private collection of furniture, objets and pictures.

He once told me that he felt particularly in tune with the fragmentary nature of the times in which we live. “It just so happens that my personality works with the way people live today. I have a short attention span. I have never wanted to develop one look. I am creating new things all the time.” And yet just he was capable of skimming elegantly across the surface of things like some jewel-hued dragonfly; all box-fresh clothes and witty badinage; this engaging superficiality which he presented to the world, concealed an almost Stakhanovite work ethic, a forensic attention to detail and a love for and deep knowledge of the past. David was perfect for today’s fragmented times not just because his mind was lively inquisitive and forever on the move but also, almost paradoxically because he also thought long and hard about things and thus what might appear as happy felicities were all carefully stage managed.

The colours he used; he was particularly fond of violet, a loose definition for anything from raspberry to aubergine; would reveal different aspects of themselves as the light changed during the day. Some of his furniture would have an almost dip-dyed feel to it, giving subtle chromatic effects that changed minute by minute. In his world luxury was not synonymous with bling for the sake of status conferral, but with the sort of enduring quality that makes for long-lived personal enjoyment, I remember once hearing that he had his curtains made by Lesage the Chanel-owned embroidery house… trust David to have couture curtains.

He delighted in mid-century French taste, which he mixed with cabinets, sofas, chairs of his own manufacture. This catalogue is rich in work by Dupre Lafon, Line Vautrin, Jouve, Rene Coulon, Jean Besnard and Adnet: fascinating because these pieces provide an insight into the creators in whose tradition he saw himself. He would freely, almost proudly, admit his debt to Jean Michel Frank or Marc du Plantier.

Similarly the art is split between the beginning of this century and the middle of the last one. There is for instance work by Testino and Tillmans; but it is in the collection of Christian Berards, many gouaches and a couple of superb canvases including a masterpiece depicting an acrobat, that one sees his appreciation of a talent not unlike his own. Berard worked at high speed as a fashion illustrator, set designer and painter. He moved in the beau monde of mid-twentieth century Paris, the world of Les Ballets Russes, Etienne de Beaumont, Christian Dior and Charlie de Beistegui, a world that valued beauty for its own sake in a way that is far less common today. And beauty was always the goal David sought in his work.

“But is it beautiful?” was a favourite rhetorical refrain of Collins.

Looking through a catalogue that is also a visual biography of one of the great talents of his time, the answer is yes.

This article originally appeared as the foreword to the catalogue for the Christie's sale Luxury - Colour - Texture: The Collection of David Collins.

Nicholas Foulkes is a writer living in London.

Simon Watson is a photographer living between London and New York. 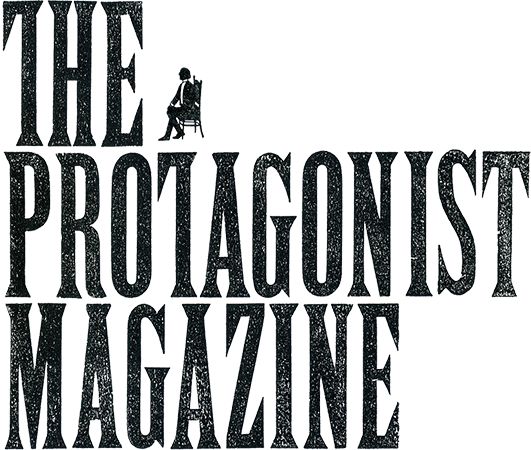 The Arts Foundation 25th Anniversary Awards with support by The David Collins Foundation.