Trying to imagine what the London restaurant scene might look like without David Collins Studio is rather like picturing Paris without the influence of Georges-Eugène Haussmann. It would be less glamorous, less efficient, less fun, and unlikely to be as widely celebrated. The Fulham-based firm, founded in 1985 by the late Irish architect David Collins, was and is the trailblazer in UK restaurant and bar interiors, working with no fewer than 15 Michelin-starred chefs in the 34 years since its launch, spawning many design protégés along the way, and shaping the hospitality landscape both at home and abroad.

Success for the Studio came swiftly, boosted by an unwavering dedication to excellence, a passion for refinement, art and craft, and a flawless attention to detail, executed using highly accomplished artisans and makers. ‘We started with the best over three decades ago, creating La Tante Claire for Pierre Koffman and Harvey’s for Marco Pierre White,’ says Creative Director Simon Rawlings, recalling the firm’s early restaurant projects of the mid-1980s, ‘and we’re still collaborating with leading chefs today.’ Recent openings include Kerridge’s for Tom Kerridge in the Corinthia Hotel – a space that previously hosted Massimo, another David Collins Studio-designed interior – and the TAK Room for Thomas Keller in New York’s much-fêted Hudson Yards development.

And yet there’s more to this story than the glamorous destination restaurants and superstar chefs that David Collins Studio is famed for. London has experienced nothing short of a design and dining revolution over the past 30 years, from high-end to high street, and this design studio has been instrumental in driving that progress, developing and flourishing in tandem with the maturing and diversifying hospitality industry. ‘Back in 1985 there was no all-day dining, brasserie culture wasn’t really a thing in the UK and it was hard to even get a decent cup of coffee,’ says Iain Watson, CEO and co-founder of David Collins Studio, casting his mind back to the early days when he and Collins first began working together from the architect’s living room.

Whether it was good timing or simply exceptional talent, David Collins Studio helped to transform and enrich this relatively barren hospitality landscape, working with some of the key figures who would innovate and improve our drinking and dining options. One of the cornerstones of the Studio’s success is authenticity, a legacy of Collins who, right from the beginning, applied exactly the same attention to detail when developing the design of high street chains such as Café Rouge as he did to subsequent headline acts such as Mirabelle or The Wolseley.

Like another influential creative force in the hospitality realm, Sir Terence Conran, Collins looked to France and to Paris, the birthplace of the restaurant, for early inspiration, setting up a small studio there and soaking up the atmosphere. ‘We would buy furniture and antiques at flea markets like Clignancourt, before Elle Decoration told everyone about it,’ recalls Watson, ‘and spend time in contemporary brasseries like Café Beaubourg and period spaces such as Le Petit Fer à Cheval, studying details like cracked mosaic glass tiled floors and pewter horseshoe-shaped bars.’

This experiential research filtered into the design of Café Rouge, a food-led French café concept developed for entrepreneur Karen Jones, who had already experienced success with the Roger Myers helping to float a company on the stock market. ‘Everything was genuine,’ Rawlings says of the Café Rouge interiors. ‘Everything was sourced from France. Every poster was original. There were rooms of antiques waiting to be placed in Café Rouges and that was what made them so brilliant and relevant at the time: they were French cafés in London – but everything was real.’

The crazy pace of the Café Rouge expansion – 150 outlets across the country within the space of a couple of years – enabled the David Collins team to grow, while also schooling them in the planning process, operations, and the many challenges that launching a restaurant can present. It also made them incredibly versatile. ‘We were opening a restaurant every ten days across Britain, from Aberdeen to Brighton, and it could be anything from a concrete box in Milton Keynes to a listed period property in Cambridge,’ says Watson. Such an apprenticeship primed the studio for later large-scale roll-outs such as EAT and Pret A Manger.

During the same period, Collins was making his debut at the haute couture heights of the hospitality world. Michelin-starred chef Pierre Koffman asked him to refurbish La Tante Claire in Chelsea, widely considered one of the best French restaurants in London at the time. By accepting the commission, Collins was anointed as the go-to interior designer for leading chefs and restaurateurs. First in line was the British restaurant scene’s enfant terrible, Marco Pierre White, who enlisted Collins to revitalise his Wandsworth restaurant, Harvey’s. Together, the pair would go on to create many of the most memorable restaurants of Nineties London – often existing historical establishments that were refreshed and revived by White and Collins, such as Criterion, Mirabelle, Quo Vadis and others. These were brought back to life with newly commissioned artworks, flattering lighting, classical materials and luxurious surfaces of embossed leather, raw silk, marble and antiqued mirror.

David Collins Studio honed the art of creating graceful, classically appointed dining rooms that felt timeless, replete with artisanal finishes and infused with a sense of glamour from a bygone era. This approach also flourished in the bars the Studio produced for the Maybourne Hotel Group: Claridge’s Bar, The Connaught Bar, and The Blue Bar, as well as the restaurants conceived in collaboration with Chris Corbin and Jeremy King, legendary restaurateur duo and titans of the London scene – places that remain much-loved favourites today, such as J Sheekey and The Wolseley.

‘When we started out, part of our intellectual property was how we got things made,’ reflects Rawlings. ‘No one was using silver leaf mirror; we had to find somewhere to get it made for J Sheekey. Cracked gesso? You might get it on picture frames but we brought it to the forefront, using it on the columns at The Wolseley, for which we also spent months trying to source filament bulbs. It was the first restaurant in London to have them; we spied them in New York and tracked them down to a German railway company. Likewise, the huge, and now iconic, concave circular mirrors at Locanda Locatelli – we commissioned Fusion Glass in Clapham to make them.’ Today, Rawlings asserts that it’s the overall concept and ‘big idea’ behind each project that clients put a premium on – now that the artisanal and handcrafted has become the norm. And it’s the ability to deliver these time and time again that has enabled the Studio to maintain its pre-eminent status.

Surveying three decades of restaurant design, it is significant that many of David Collins Studio’s interiors remain intact, and that the firm has nurtured relationships with longstanding clients. Only recently the Studio completed George’s Bar for chef-patron Marcus Wareing, who they first worked for in 2003. So how has the dining scene changed over the years? ‘Restaurants can no longer just be an occasion place,’ comments Rawlings. ‘There has definitely been a deformalisation. Also, everyone is interested in food now, they want to see it, to know where it’s from, how it’s cooked. It’s not enough to create a beautiful room, diners want to see the preparation and display of food and also to be stimulated all the time, probably because we spend all our time on our screens.’

At Kerridge’s Bar & Grill in London’s Corinthia Hotel, this plays out in the form of a statuesque meat fridge displaying hand-picked cuts from Kerridge’s pub-cum-butcher’s shop, The Butcher’s Tap in Marlow. In Thomas Keller’s TAK Room in New York, it rolls in as relaxed tableside trolley service offering up continental dining classics, inspired by the restaurants of 1950s and ’60s New York. Both projects are shining examples of the collaborative process, for as Rawlings says, ‘We love to work with clients with a clear vision, who know where they are positioning themselves and who they are targeting.’

Perhaps the most telling aspect of the working philosophy behind David Collins Studio, however, is the way it recruits new designers to the team. A brief questionnaire is given before potential employees are called for interview – one of the questions is: ‘What’s your favourite restaurant?’ – to ascertain their taste and their ability to forensically describe why something works well. ‘It’s not about choosing the fanciest place,’ explains Rawlings. ‘We’d love someone to say the Sông Quê Café on Kingsland Road if that’s how they feel. It’s just about having a passion and understanding why you love it and where you like to have fun.’

This attitude might well be at the heart of the agency’s continued success. Because, if three decades of leading the way in hospitality design has taught the team anything, it’s that there is actually no magic formula to creating the perfect restaurant space, each one is unique. It is rather more a tried-and-tested recipe of fundamentals: dedication, authenticity, pragmatism and enquiring, open minds… that’s when good design (and the fun) happens.

Bethan Ryder is a design journalist. 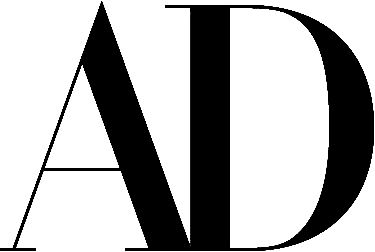 Just months after opening, TAK Room wins over New York thanks to Chef Thomas Keller and David Collins Studio. AD gets an exclusive look behind the scenes.